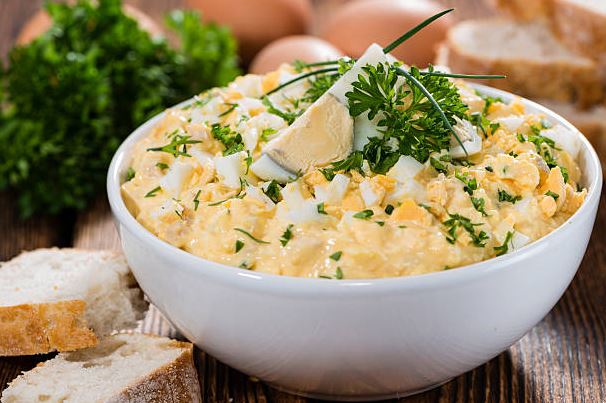 After your family picnic, you probably will discover that you made more egg salads than necessary. Now you have a bunch of leftovers to handle. Before deciding your next course of action, you might wonder, how long is egg salad good for?

If properly refrigerated, egg salads can last up to three to four days. Anytime within this period is safe to eat your salad. However, egg salads do not freeze well, so we don’t encourage putting them in the freezer.

Searching for this article means you most likely do not encourage unnecessary wastage of food. But for Egg salads, is there a way to stop them from going bad or becoming unsafe for eating? This article will answer that question correctly.

How Long Is Egg Salad Good For

Egg Salads do not freeze well, so refrigeration is the best storage method. In a refrigerator, they can last up to three to four days without going bad, according to Foodsafety.gov.

This method only applies if they do not contain certain ingredients that may shorten the shelf life. Easy-to-spoil ingredients will contaminate the whole salad.

Any longer than four days, egg salads begin to experience bacterial growth even when stored in the fridge. This growth can result in food poisoning after consumption. Once you notice discoloration or the appearance of mold on your salad, discard it immediately.

Egg salads can stay up to 2 hours at room temperature before rapid bacteria growth begins. To enjoy good-tasting healthy egg salads, we recommend eating them at most two hours after preparing them.

How Do You Know When Egg Salad Goes Bad

The temptation to rely on a sniff test to determine if the salad has gone wrong is common among people, but we do not advise you to depend on only that. One sign of a spoilt salad is a color change. The salad loses its freshness and appears dull. With time, the salad begins to give off an offensive stench.

After four days of refrigerating in tightly sealed containers, one might not immediately notice a change of color or odor. This absence doesn’t mean the salad is still safe for eating. Some food bacteria leave little to no sign in their early stages. After four days, it’s best to assume such bacteria have started acting on the salad.

In severe circumstances, the eggs become watery and other ingredients, such as mayonnaise, oil, or yogurt, separate from the mix and appear unattractive. At this point, your salad will begin to smell bad.

Can You Keep Egg Salad In The Fridge

Eggs don’t freeze well. They change their texture and become watery on thawing. The best option to preserve your egg salad is to put it in a fridge. Before refrigerating, ensure you put your salad in clean rubber containers and tightly sealed before placing it inside the fridge.

You can store your egg salad in the fridge for a brief period. No more than four days. Ensure you consume them before four days. Else the egg salad will sour and become detrimental to your health despite refrigeration.

How Long Is Egg Salad Good In The Fridge

With proper preservation, egg salads can stay for three to four days. However, some ingredients can shorten the shelf life of egg salads if present. In such a case, the salad will go bad early and won’t last up to four days, even inside your refrigerator.

Egg salads are prone to bacteria infestation, but some do not show immediate symptoms even when they begin acting on the food. To prevent food poisoning, we advise you discard the salad if it stays longer than four days in your fridge, irrespective of how it looks or tastes.

How Long Can You Keep Egg Salad Sandwiches In The Fridge

It would be best if you ate your egg salads fresh. They go bad two hours after making them at average room temperature. This short timeframe shows how perishable they are. Refrigerating is the best way to preserve them. However, it doesn’t guarantee that they won’t go bad.

In the fridge, you can store your egg salad in tightly sealed plastic containers for three to four days. Even in the best conditions, they go bad after four days, becoming unsafe to eat.

You might discover your sandwich turning bad earlier than three days if they contain some ingredients. Before refrigerating, remove ingredients that do not cool well, as they might cause the entire dish to get spoilt early. Egg salad sandwiches should be disposed of after five days, regardless of their appearance or taste.

Conclusively, egg salads are great meals that can easily be prepared and served during picnics. But they do not have a long shelf life and should be eaten immediately after preparation. Two hours after the preparation is enough for egg salads to spoil at room temperature. If you intend to serve a bit later, we advise using ice to keep them.

In situations where you make more than necessary for consumption. The answer to the question of how long is egg salad good for will determine whether you should discard all leftovers immediately or keep them. This article helps answer that question.