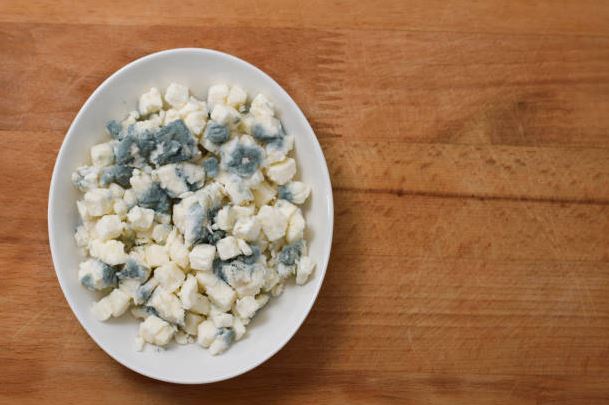 Almost everyone knows that cheese is made from milk, and in some parts of the world, people get dairy products from goats, yaks, sheep, camels, and so on. Whether rotten or not, milk contains two kinds of protein; casein and whey, and the reason milk gets cheesy when expired because the bacteria inside them begin to grow quickly at that point. Is cheese made from rotten milk?

Rotten means a process whereby bacteria, molds, and so on grow in the milk, produce waste products inside the milk and die. However, the process of cheesemaking through bacteria is highly controlled. The bacteria produce acids that curdle the casein protein inside the milk.

Cheesemaking contains an intentional process of milk curdling, not an uncontrolled action of the bacteria. Some cheese has a not-so-nice smell, and that’s a result of the bacteria.

Do All Cheese Come From Rotten Milk?

Note that the kind of bacteria, the duration of the process, the temperature, and the quantity of water from the curdling milk are controlled. All those factors determine the result based on flavor and texture. Cheese is not sterile or pasteurized. Cheese contains bacteria, and most cheese will expire after some time.

The expiry date for most cheese depends on several factors. For instance, a mozzarella will become inedible within a couple of hours, while an aged, unopened Parmesan can last for months or even years.

What Is The Difference Between Rotten Milk And Cheese

The difference between rotten milk and cheese is quite simple: cheese is a product of a controlled action of bacteria that produce acids to curdle the milk. The type of bacteria, the time the process will take, and so on affect the taste and texture of the cheese.

Rotten milk, on the other hand, is a product of uncontrolled actions of bacteria that invades the milk, produce waste product inside it and die inside it, creating inedible milk.

How Does Milk Become Cheese?

Cheese is made from an intentional process of milk curdling. It starts with pouring the milk inside big Vats, and then a “starter culture” bacteria is added to the milk to convert the lactose into a more desirable acid called lactic acid. The next is to add an enzyme(rennet by name) that takes care of milk curdling.

The cheese-making process takes place in the factory.

In the past, young cows produced rennet. However, these days, cheese makers obtain the rennet from bacteria and yeast that have been controlled to produce enzymes. After the casein has curdled, you will still have some whey protein which you will later remove to add some salts. Pick up the curd, cut it into smaller pieces and reheat to get out more whey protein.

Once the excess whey protein has gotten out, you will only have clumps of casein; press and strangle the casein, then leave it dry and age for some time. The smell, texture, and appearance of cheese depend on factors such as;

How Can I Turn Spoiled Milk Into Cheese? Diy

Have you ever thought of making cheese by yourself in your kitchen? The good news is you have everything you need, and the process isn’t tedious. If you have a carton of old milk in your kitchen and a few tablespoons of vinegar, you can make a nice cheese from them instead of disposing of them. Probably your milk has curdled up by itself, and you saw that it’s rotten.

There are different kinds of cheese, and the process of making them is different. You must keep the curd wet and loose if you want a high-moisture cheese like a Brie. You can decide to hand-ladle the cords to keep them clean. If you prefer a dry and more aged style of cheese, you will have to cut the curd into smaller pieces to release extra whey.

If you want cheese like burrata or mozzarella, you must warm, stretch and form the curd into the desired final shape. Once excess whey is removed, the remaining curds form a wheel. This kind of cheese belongs to the pasta filata or pulled curd group.

Note that salt is very important to cheese making. However, the time you add salt and the quantity of salt you add depends on the type of cheese.

What Kind Of Milk Is Used In Cheese Making

Milk is the key ingredient in cheese making, and cow milk is the most commonly used; however, you can use any kind of milk for cheese making. You can use goat milk, sheep milk, reindeer milk, moose milk, yak milk, wild donkey milk, and so on.

Milk is a key ingredient in cheese making. It is a product of a highly controlled process of milk curdling through bacteria-producing acid. If you want to make cheese yourself, go through the article and follow the procedures.