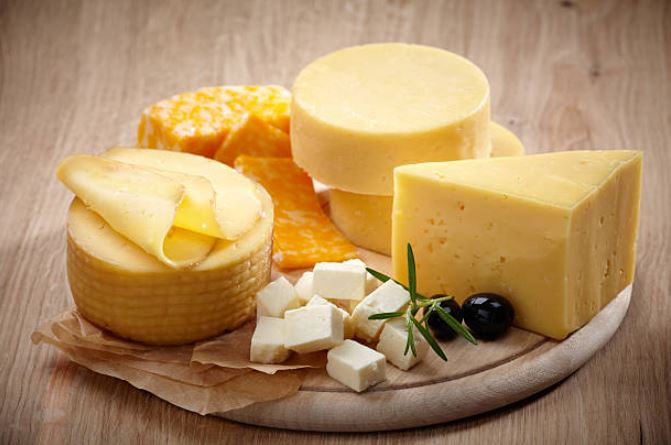 Have you wondered whether cheese has carbohydrates or not? Then you are not alone. Of course, a lot of people are in your shoes.

Most cheese lovers worldwide have assumed over time that cheese is a good source of carbohydrates because it is a dairy product. While on the other hand, a lot more doubt that.

Does cheese have carbs?

Yes, of course, cheese has carbohydrates.

Every cheese has a cent of carbs; the only difference is the amount each contains. Natural cheese contains less than one gram of carbohydrates per ounce. However, generally speaking, cheese can be considered low-carb food because its carbohydrate content is very low and ranges from zero to 3 grams per serving.

Any food containing considerably less than 15 grams of carbohydrates per serving is considered low-carb. Some cheeses are good for keto diets with varying carbohydrate levels, while others are not.

Some cheeses such as feta, mozzarella, Parmesan, goat cheese, blue cheese, and so on that are extremely low on carbohydrates with less than 1 gram per ounce can make a good addition to a low-carb diet.

However, even though cheese is not a good source of carbohydrates, it is not entirely carb-free. No cheese does not have carbohydrate content except it was aged excessively or exposed to reckless heating.

Is Cheese High In Carbohydrates?

Cheese is a low-carbohydrate food. One ounce (28 grams) of cheddar cheese contains less than a gram of carbs, like Parmesan, Swiss, and mozzarella.

Most cheeses are high in protein and fat, making them a good choice for people on low-carb or ketogenic diets.

However, some prepared cheeses contain added ingredients that affect their nutrient profile. For example, one serving (30 grams) of American cheese slices can contain 7 grams of carbs.

Is Cheese A Carb Or Protein?

Does Mozzarella Cheese Have Carbs?

Does Cheese Have Sugar Or Carbs?

Cheese contains a small number of carbs and sugar. This is good news for anyone who’s watching their sugar intake because most cheeses are naturally low in carbohydrates and sugar. Even softer cheeses that have a sweeter taste like brie, Camembert, and chèvre tend to be lower in both sugar and carbs than other dairy products.

Does Parmesan Cheese Have Carbs?

Does Cheddar Cheese Have Carbs?

Does Blue Cheese Have Carb?

The carbohydrates in blue cheese depend on the brand and its ingredients. Some blue cheeses contain as much as 2 grams of carbohydrates per 1-ounce serving, while others are completely free of carbs.

If you’re following a low-carb diet, blue cheese can be a good high-protein, high-fat food to add to your daily meal plan. The carbohydrate content of blue cheese is relatively low, less than 2 grams per ounce. But it’s also high in fat, with 8 grams per ounce.

Why Does Milk Have Carbs But Not Cheese?

It all comes down to the way that milk and cheese are processed. Milk is made up of both protein and carbohydrates. Most of its carbs come from two simple sugars: lactose and galactose. The two sugars are part of a larger molecule called lactose, which is found in milk and other dairy products like yogurt.

Cheese is made by coagulating milk proteins with acid or enzymes. The process separates the curd (solids) from the whey (liquid). The curds are then formed into blocks or wheels and aged to create different flavors.

The main carbohydrate found in milk, lactose, does not survive this process. That’s because most cheeses are made using an acid-producing bacteria called Lactococcus Lactis Subsp Lactis, breaking down the lactose into lactic acid.
Therefore, if you make a dry cheese (like cheddar), virtually all of the lactose ends up in the whey, which is discarded or used for other purposes. A soft or moist cheese like mozzarella retains some of its original lactose content because the whey isn’t drained off as thoroughly.

Does Cream Cheese Have Carbs?

The amount of carbs in 1 cup of cream cheese is 9.4 grams. That’s 0% of the recommended daily value for most people. Cream cheese may be low in carbohydrates but does contain some protein and fat. It’s high in calories, so it is best for occasional use or when you need extra calories to meet your weight-loss goals.

Does String Cheese Have Carbs?

A standard serving of string cheese is about 25 grams, and it has 1.1 grams of carbs. That’s a very small amount, and you don’t have to worry about counting calories or carbohydrates when you enjoy your favorite brand.

Does Feta Cheese Have Carbs?

The answer is yes. Feta cheese does have carbs. Feta Cheese is a soft, salty, white cheese originally from Greece. It contains trace amounts of carbs: 1.5 grams per ounce. It also contains a good amount of protein and fat, which are both important for regulating appetite levels.

What Cheese Has Very Low Carbs?

The longer a cheese is aged, the lower the carbohydrate content becomes. This is as a result, during the aging process, bacteria stir up the carbs contents found in milk to create cheese. Hard-aged cheese has the least amount of carbs.

Fresh or soft cheese has significantly higher carbohydrates. The carb content of cheese can be very different, depending on the type. Harder cheeses tend to be lower in carbs than soft cheeses like cottage cheese or ricotta.

Halloumi cheese is inarguably one of the cheeses with the least amount of carbohydrates containing 0 grams of carbs in a serving. Halloumi cheese is known throughout the Middle East and Greece and originated from Cyprus. Today, it is highly featured in Greek restaurant menus.

What Cheese Is High In Carbs?

Can Cheese Be On A Low-carbs Diet

Certainly yes, cheese can be on a low-carb diet. Cheese is a naturally low-carb food as they contain a very little amount of carbohydrate. The cheese with the highest carbohydrate has not more than 2-3 grams of carbs per serving. This is how low cheese is carbonated.

So definitely, every cheese can be added to a ketogenic or low-carb diet.

In as much as most diets forbid cheese attachment, cheese still remains a basic essential demand for low-carb diets. Since low-carb diets prefer low carbohydrate-containing foods, cheese seems to fit into its diet’s macro and micronutrient ratios.

There are varieties of cheese having different grams per ounce. One on a low-carb diet should opt for brie, blue cheese, Munster, and goat cheese.

Cheese is considered junk food. However, there are different types of cheese. Some cheeses are healthier than others. They have low carbohydrate content, and they have no saturated fats or artificial coloring agents.

Is Cheese A Good Source Of Carbohydrates?

Cheese is not a good source of carbohydrates. This is so because, during fermentation, bacteria stir up the carb content of milk and replace it with a cheesy particle (cheese itself).

Even though some cheeses do contain carbohydrates, the amount is not very high. In fact, most cheeses don’t contain more than 0.5 grams for every 100 calories.

It is factual and normal that most dairy products, such as milk and yogurt, are good sources of carbohydrates. Cheese is far from being a good source of carbs. The longer the aging of cheese takes, the lower the carbohydrate content becomes. Aging reduces carbs in cheese, and most cheeses are aged, hence the low-carb rate of cheese. However, cheeses that are not aged properly have high carbs.

Like aging, heat also reduces carbs in cheese. The fact that most cheeses have a direct passage through the oven before they can be seen as finished makes it likely that cheese lost a lot of carbohydrates during the heating process.

In a nutshell, no cheese is a good source of carbohydrates. For a cheese to be a cheese, it must be heated, and heating reduces carbs in cheese. Some become low-carb and others carb-free.

Due to the way of production and ingredients used in production, natural and aged cheese has fewer carbs than any other type of cheese. And of course, cheese can be added to a low-carb diet though it serves as a staple for diet in most countries of the world.

Truly, cheese is not a carb source. The carb content in cheese comes from milk, which is a dairy product that also contains protein and fat. While some cheeses do have trace amounts of carbohydrates, they are extremely minimal. In fact, if you are on a low-carb diet plan and trying to stay away from sugars and starches, there are far better food choices you can make in terms of carbohydrate intake.

After all, it’s made from milk, which is naturally carbohydrate-free, and it’s considered a dairy product. It turns out, however, that cheese actually does contain some carbohydrates. The exact amount depends on the type of cheese you are consuming and how much fat it contains.